Section 46.2-844, the civil version, is considered a lesser included offense of the reckless driving code section, so the same driver cannot be convicted of both charges from the same violation.  This is significant because convictions of the two charges result in such different outcomes.  The less serious 46.2-844 provides only “a civil penalty of $250” and does not carry any DMV demerit points.  On the other hand, a conviction under the reckless driving section, 46.2-859, would result in a criminal conviction that would appear permanently on the driver’s criminal history and eleven years on the driver’s DMV transcript, while also subjecting the driver to six DMV demerit points and the possibility that a judge could impose a fine, license suspension, and/or jail.

The language of the two code sections is very similar with most of the charge descriptions being identical, as indicated by the underlined portions:

“The driver of a motor vehicle approaching from any direction a clearly marked school bus which is stopped on any highway, private road or school driveway for the purpose of taking on or discharging children, the elderly, or mentally or physically handicapped persons, who … fails to stop and remain stopped until all such persons are clear of the highway, private road or school driveway …”  46.2-844, emphasis added to identify identical language.

“A person driving a motor vehicle shall stop such vehicle when approaching, from any direction, any school bus which is stopped on any highway, private road or school driveway for the purpose of taking on or discharging children, the elderly, or mentally or physically handicapped persons, and shall remain stopped until all the persons are clear of the highway, private road or school driveway and the bus is put in motion …”  46.2-859, emphasis added to identify identical language.

The two code sections also include identical language rendering it “prima facie evidence that the vehicle is a school bus” upon “the testimony of the school bus driver, the supervisor of school buses or a law-enforcement officer that the vehicle was yellow, conspicuously marked as a school bus, and equipped with warning devices …”

In practice, the difference between the two charges is the perceived risk that the driver imposed on those who were entering or leaving the bus.  Judges consider such factors as whether anyone was actively boarding or exiting the bus and whether the driver stopped and proceeded, slowed, or did not react at all in response to the stopped school bus.

Drivers run the risk of being charged under these code sections even if they are not stopped immediately at the location of the offense.  If the police are not available or able to stop and identify the transgressing driver at the time of the violation, then a summons may still be issued.  The Virginia Code provides that if a summons is “issued within ten days of the alleged violation,” then it will be presumed that the registered owner of the vehicle was the driver when the offense occurred.  The owner is entitled to present evidence that he or she was not driving the vehicle at the time in order to rebut or contradict this presumption. 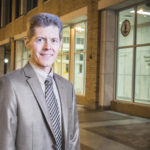 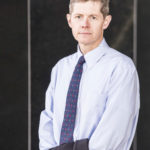 So You Got A Ticket

While many view traffic violations as minor infractions and nuisances, traffic tickets and moving violations have the power to wreak havoc on your life. Fees quickly mount, and points from tickets can cause your insurance premiums to skyrocket or result in a revoked or suspended license. Matney Law PLLC does not underestimate the seriousness of traffic violations and doggedly works on your behalf to get the charges you face reduced or dismissed.They can result in fines, court costs and points being placed against your driving record. Accumulating enough points within a two-year period subjects a person to additional sanctions by the Motor Vehicle Administration, including driving school, an official warning letter, a point system conference, suspension or even revocation or driving privileges. And imagine how high your car insurance will be.

I regularly represent clients charged with traffic violations, including:

Reckless driving
Speeding
Expired registration
Expired license
Running a red light or stop sign
Failure to signal when changing lanes
Failure to wear a seatbelt
Driving under the influence (DUI)
Driving without a license or with a suspended license
Leaving the scene of an accident
Violating license restrictions
Hit-and-run accidents
Passing a Stopped School Bus
Failure to Yield
Unsafe Lane Change
Following too Closely
Whether you have been charged with a moving or nonmoving violation, I possess the knowledge needed to protect your best interests in traffic court.