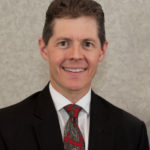 Attorney Mark Matney - Holcomb Law, PC defends people charged with driving while suspended - revoked license.  The lawyers at Holcomb Law in Newport News Virginia have been very successful in the defense of people in Williamsburg, Yorktown, Norfolk, Toano, Gloucester, and Richmond Virginia.  Mark Matney has a number of defense strategies he can employ for you.

When a client is facing a charge of driving on a suspended license, I usually focus on two possible defenses.  The first is to try to prove from the DMV transcript that the client did not have notice of the suspension of his license.  This can result in a dismissal if the client did not inform the officer that he knew that his license was suspended.  The second important defense for a suspended license charge is to help the client postpone the final court hearing until the client obtains a valid license.  This involves working with the clerk’s office to schedule the court date as far out as permitted and sometimes requires a court appearance to ask the judge for even more time.

#2 - Driving while suspended or revoked, 3rd offense (46.2-301) amended to Driving without a license in possession (46.2-104).  This week I successfully defended against a 3rd offense suspended license charge by showing that my client did not have notice that his license was suspended on the specific day that he was stopped. I accomplished this by preparing a spreadsheet that listed my client’s suspensions and explained which suspensions occurred after the traffic stop and which suspensions had been resolved prior to the traffic stop. The amendment from 3rd offense driving while suspended (46.2-301) to Driving without a license in possession (46.2-104) resulted in avoiding a class 1 misdemeanor and the 10 days mandatory jail, 90 days license suspension, and 6 demerit points associated with that charge. Instead, my client received a traffic infraction, a $10 fine, and zero demerit points.